Creative Artificial Intelligence: all there is to know about GAN technology

Artificial intelligences currently know how to classify images or documents, predict events or even play games. Though, it is less known that they are about to become creative thanks to GAN technology. Discover all there is to know about those new technologies with transiteo !

What is a GAN?

A GAN (Generative Adversarial Networks) is a type of artificial intelligence invented by an American researcher, Ian Goodfellow in 2014. A GAN makes it possible to generate new data, generally images, with a high degree of realism obtained from previously learned examples.

From a technical point of view, the concept of GAN is based on a simple but effective architecture, consisting of two antagonistic neural networks:

Examples of (future) applications in the industry

While GANs are still at an embryonic stage, the business oriented applications of GANs have almost infinite potential.

Among the GAN applications that are already functional and marketed, we find A.I Gigapixel from the company Topaz. This tool makes it possible to increase the resolution of a photo (or video) thanks to a GAN pre-trained for this task.

On the left the original image and on the right the image after passing through the GAN of Artificial Intelligence Gigapixel. (source : https://topazlabs.com/gigapixel-ai/)

Still in image production, a tool made by Nvidia called GauGAN, allowing the design of photorealistic images in real time and from a simple drawing, has had some success recently. Despite the fact that the tool is still at the prototype stage, the results are however no less convincing.

While some tools based on GAN technology are already functional and commercialized, we are very far from having explored the full potential that this technology may bring over the next few years. Thus Yann LeCun, Director of A.I. Research at Facebook, declared that GANs were “the most interesting idea of the last 10 years”. We could then imagine a number of domains where GANs could bring added value or even totally disrupt said domains: 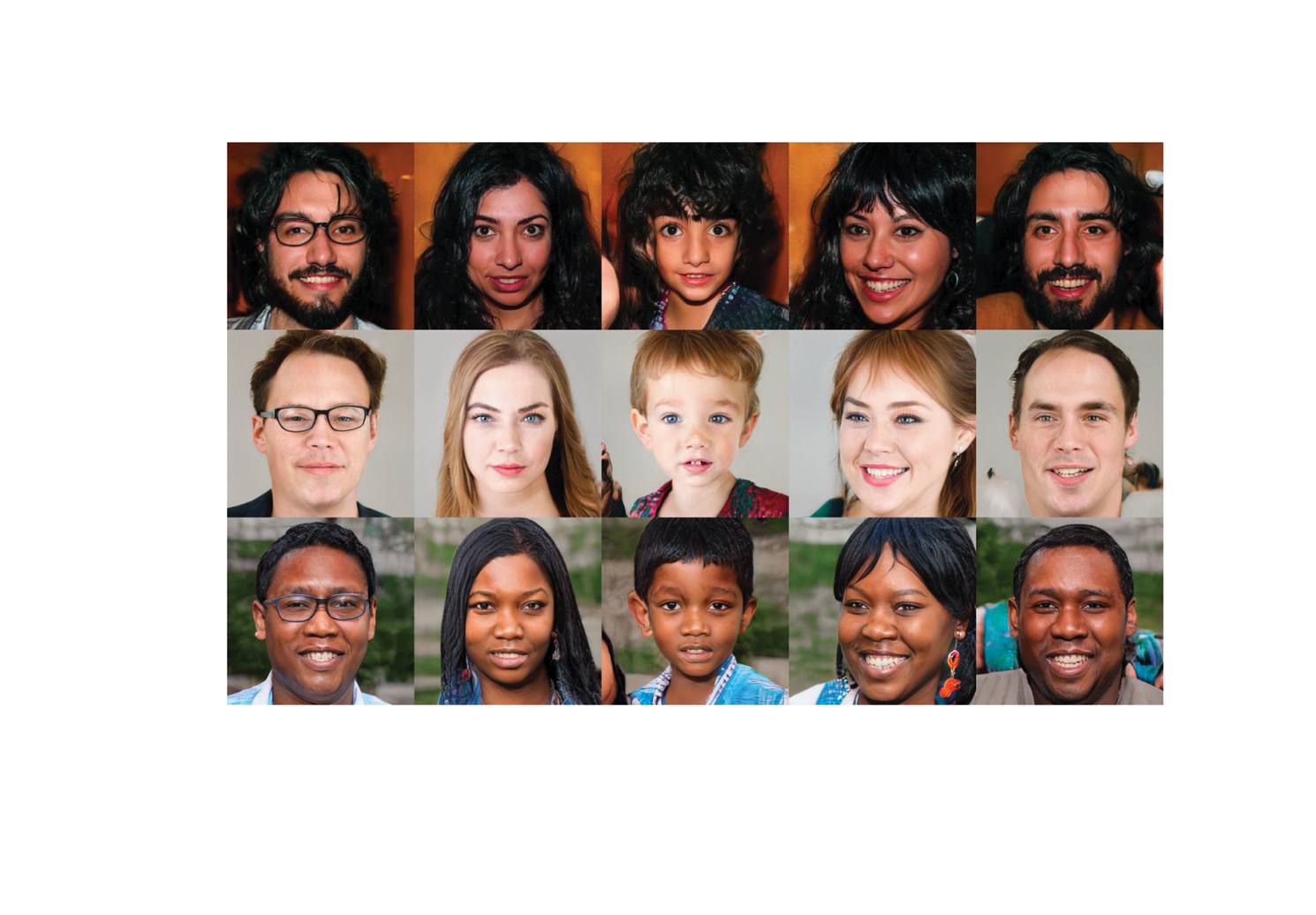 These people are not real! They were generated by a GAN (source : https://github.com/NVlabs/stylegan)

While some GANs have managed to achieve impressive results, GANs are still far from perfect, in particular because of the many prerequisites for building a GAN ( huge & high-quality databases, sophisticated knowledge, computing performance requirements etc).

Nevertheless, there is currently a strong dynamic around the development of GANs because the potential for future business-oriented applications is very substantial and could revolutionize a range of sectors.